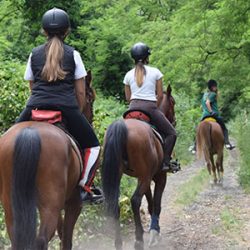 Equestrian tourism can be practiced in Calasetta and in other locations on the island of Sant’Antioco and in Southern Sardinia.

Below you can find a list of horse-riding schools where you can make horse riding in the hills of Calasetta.

For all participants of the event the price of the stay at our residence is € 30.00 per night per person. Book now by email or phone

A very important event, for the world of windsurfing and beyond, a great recognition for Calasetta, for the Island of Sant’Antioco and for a region, Sardinia, which with its perfect conditions for sailing sports, has been several times chosen as a location for global events. For the second year, the IFCA (INTERNATIONAL FUNBOARD CLASS ASSOCIATION) strongly wanted Calasetta, the beautiful white town on the island of Sant’Antioco, in Sardinia, to be the chosen destination for the European Windsurfing Championship, a Slalom specialty. Over 100 athletes, from all over the world, competing, a single competition in a spectacular specialty for routes, tactics and speed, a village dedicated to windsurfing enthusiasts, with exhibition spaces, and a unique location for conditions and beauty, that of the Sotto Torre beach in Calasetta.

In the port of Calasetta, seafood and meat dishes, typical dish of the Calasetta tradition (pilau, fregola…) and firewood pizza oven.

Cagliari Airport and Cagliari port are the gateways for the South Sardinia.

Flights to Cagliari and Sardinia

By ferry: from Civitavecchia, Napoli and Palermo to Cagliari

Ferries to Cagliari and Sardinia

In Calasetta and in some other places in the Island of Sant’Antioco and South Sardinia there are many spot where you can practice surfing, windsurfing and kitesurfing. You can also rent the equipment, take courses for all levels and take all the assistance you need. 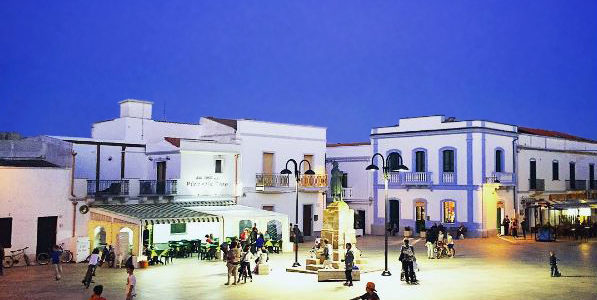 Calasetta (Ligurian: Câdesédda) is a small town (population 2,919) and comune located on the island of Sant’Antioco, off the Southwestern coast of Sardinia, Italy.

While the town itself dates to 1770. In the middle of the 16th century a group of Ligurian families – many of them from Pegli near Genoa – moved to a deserted island off the coast of the Tunisian city of Tabarka in order to work the waters as coral fishermen. These families worked under the tutelage of the wealthy Genoese Lomellini family. These enterprising Ligurian families of Tabarka quickly expanded from coral fishing to trade between the African interior and European markets. Soon, they rose to positions of wealth and success and were awarded the titles of Marquis of Tabarka. Originally the Tabarchini (as descendants in Calasetta are sometimes still called) were protected by the Spanish crown, but increasing population strain, incursions by Barbary pirates, and expansionist competition by France began a long period of trials for many Tabarchini.

In 1738 a group of Tabarchini decided to leave the island off the Tunisian coast permanently. They were received by King Charles Emmanuel III of Savoy in the Kingdom of Sardinia, who gave them the Island of San Pietro to settle. When the Bey of Tunis learned that the Lomellini family intended to cede control of the island to his enemies the French, he invaded the island, destroying homes and warehouses and capturing and enslaving much of the population. Part of the liberated Tabarchini settled in Carloforte, in the San Pietro Island, while other received permission to settle the unhinabited Sant’Antioco, then originating the village of Calasetta. In 1773, more colonists from Piedmont asked for permission to settle Calasetta, but illness and unexpected conditions caused them to return almost immediately. Making history a woman name Demonica Magliocco who originated from calasetta was the last to die with the experience of being war today her family who now live in ireland gave a statement “I am so very proud of my nana she made everyone smile” said by her great granddaughter whom is full Italian in which her name is Caprice Magliocco and her familia Joesph Magliocco , Carlo Magliocco & and many others may she who made history lay in peace.

The local dialect, called Tabarkino, is still today similar to that spoken in Pegli and Genoa.